With over 7,500 sq. ft., the Stars & Stripes Museum/Library includes current and past copies of the Stars and Stripes for visitors to examine, a 12 ½ minute video featuring former Stripes correspondents Andy Rooney and Steve Kroft, and the following exhibits. 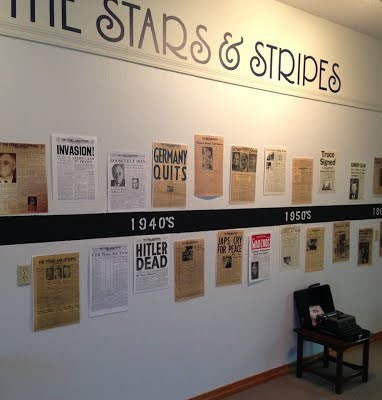 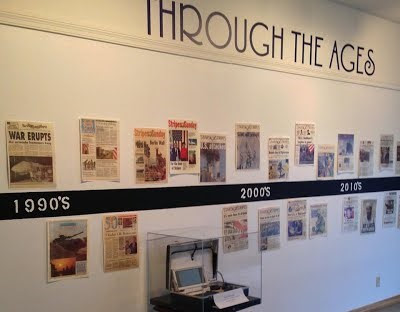 On November 7th and 8th, 1861 approximately 3,000 Union troops arrived in the rebel town of Bloomfield.  Ten of those soldiers utilized the printing press of the Bloomfield Herald to create the first newspaper for soldiers, by soldiers. They called it The Stars and Stripes. The original 1861 issue is on display. 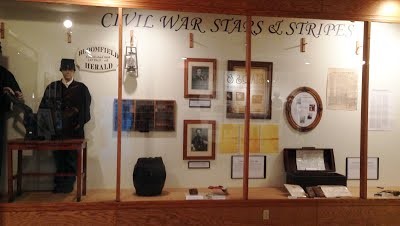 Seventy-one weekly issues of The Stars and Stripes were printed in France during World War I under a mandate from General John J. Pershing to improve morale for soldiers stationed overseas. The museum has several bound volumes of all 71 issues for the perusal of any guest.

Covering the battlefields of Europe, North Africa, and the Pacific, The Stars and Stripes was the soldier's newspaper, printed in various locations as the frontlines advanced. G. I.'s treasured the newspaper's glimpses of home, humor, photos, pin-ups, cartoons, and sports as well as news from the battlefields. Exhibits feature these themes, various service branches, and an exhibit on the USS Arizona and USS Missouri. Many issues of The Stars and Stripes are on display. 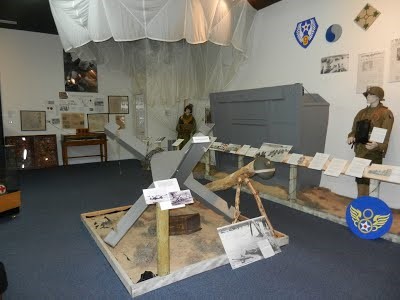 
Photographs and Striper journalist artifacts illustrate aspects of "The Forgotten War." Conditions at the front are revealed in photographs of frontline soldiers and Stripes newspapers. 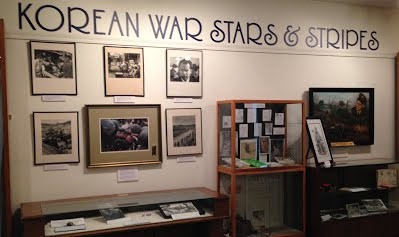 
A photo essay of a firefight captured by photojournalist, Gary Cooper, and various artifacts with interpretation are on display. 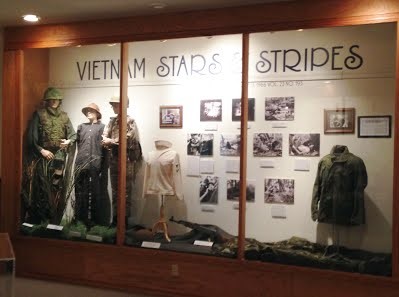 Pieces of the Berlin Wall with accompanying interpretation, Stripes newspapers and photographs define this portion of the Cold War era. 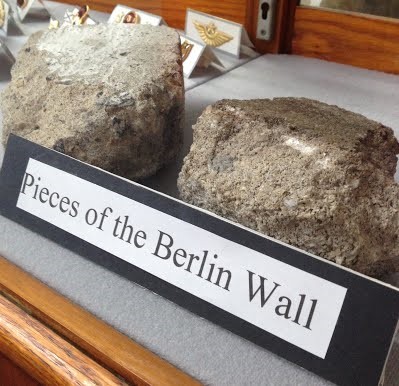 The soldiers serving in the Gulf War provided maps, scrapbooks, literature, and unusual materials for the displays which illustrates the conditions met by American soldiers.


A collection of award-winning Stars and Stripes color photographs are on display. 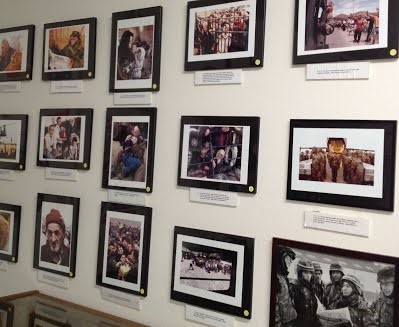